The modern lifestyle naturally requires brand new ways of diet. After a demanding day, today´s successful and permanently busy person prefers quality healthy meals in a calm and pleasant atmosphere. If they decide for a restaurant they expect an extra experience, which might be an individual approach of a first-class staff, an interesting programme, tasting new and exotic dishes, a non-traditional preparation, fresh ingredients directly from the garden, or stories accompanying the particular courses.

The Palace Hotel Polom**** in Žilina holds primacy also in gastronomy. It was the first hotel in Slovakia to prepare and present food on the unique Teppanyaki grill table. It is traditionally used for the preparation of Asian grilled vegetables and seafood. What makes the table unique is that the food is being prepared right in front of the guests. This way of preparation preserves all the vitamins and proteins intact, the meat remains juicy and keeps its nutritional value. Our table, which was made in south-east Asia, was tailored to our particular needs. The Palace Hotel Polom**** in Žilina is one of the
few hotels who disposes of such a table. 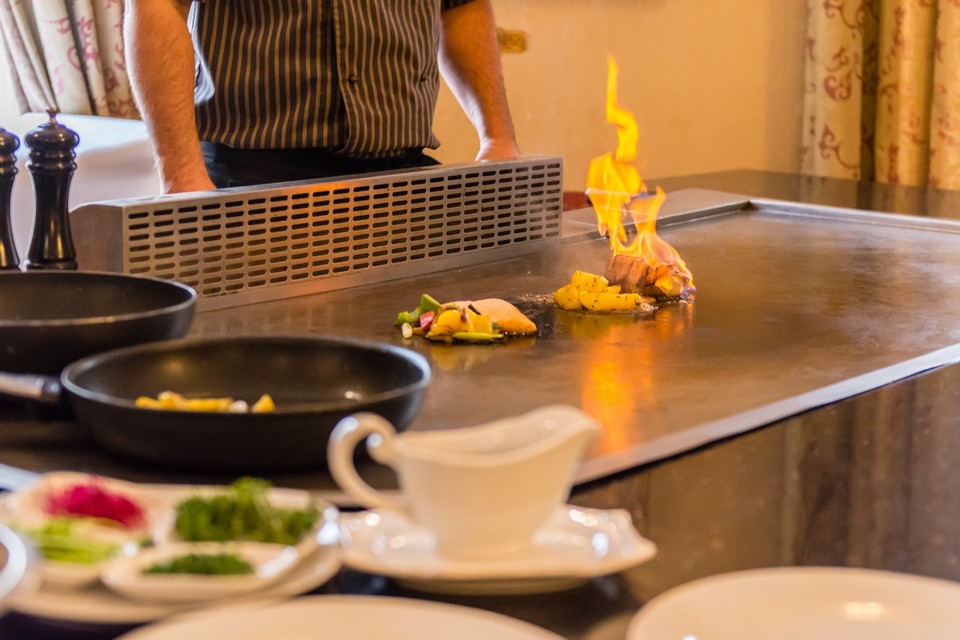 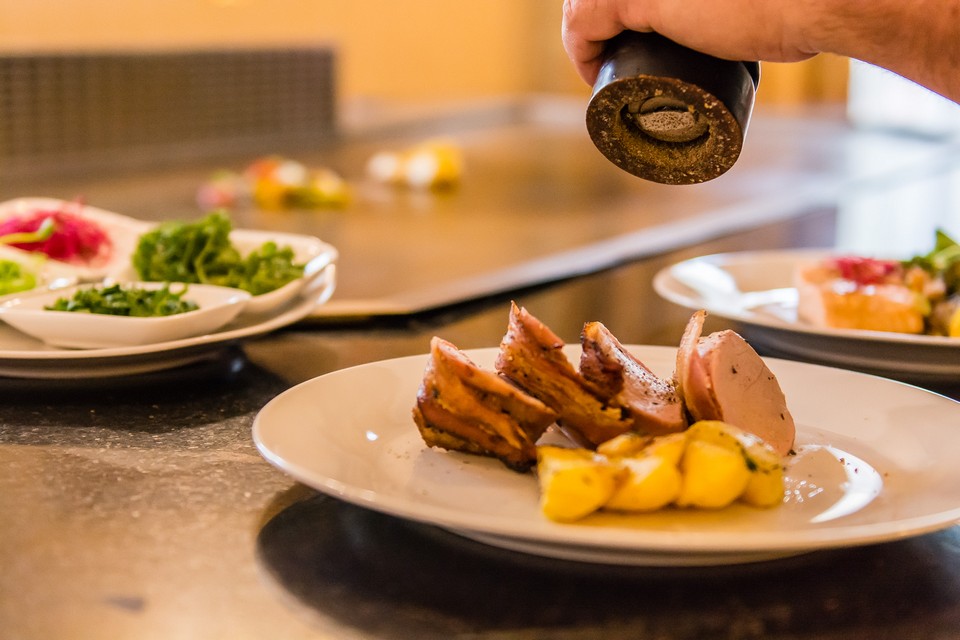 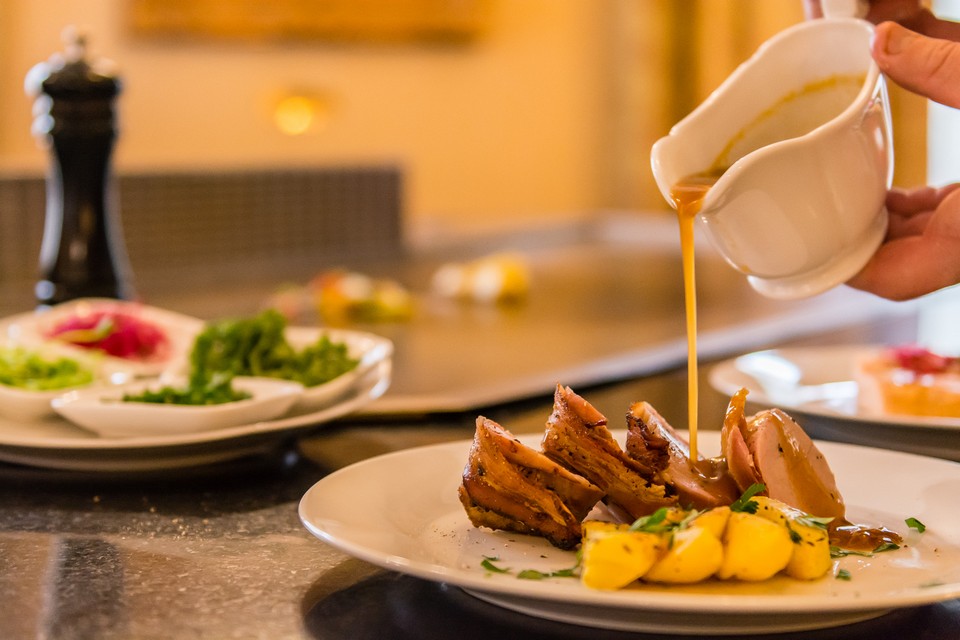 Choose an offer from Teppanyaki table:

The origin of Teppanyaki

The story which the so-called Teppanyaki cooking style spread into the world had its roots in the post-war Japan. At that time, Yunosuke Aoki, a samurai descendant and a popular Japanese entertainer, together with his wife Katsu, opened a small coffee shop in Tokyo. A red flower, found in the neighbourhood streets, gave them the inspiration for the restaurant’s name – Benihana – which in Japanese means “red flower.” The coffee shop later turned into a renowned restaurant, which the couple´s sons were supposed to inherit. The eldest son, Hiroaki, grasped the important lesson of offering guests something out of the ordinary, and he could not help but inherit his father’s appreciation for the “theatrical”. When Hiroaki arrived on U.S. soil in 1960, he came up with an idea that the new country might be a great opportunity to break through with a new kind of food presented with an entertaining flair.

In 1964 he put together all the money he had loaned and opened his first restaurant with four tables in West 56 Street. Eventually, the Teppanyaki cooking style spread from Japan into the entire world and what´s more, it paved the way for other kinds of the Japanese cuisine in the US. Guests sit around the teppan iron plate and enjoy the awesome food perfectly and professionally prepared right in front of them. The teppan iron plate reaches temperature of 300 degrees Celsius in its middle and the temperature decreases towards the edge, thanks to which the chef can prepare foods in the required order. Since no fat is used, the meat, fish, seafood, fresh vegetables and other ingredients preserve their natural flavour and aroma. Besides, Teppanyaki chefs are splendid entertainers, comedians and culinary conjurers at the same time. While cooking they dazzle the guests with their skill as they juggle knives, salt and pepper shakers and perform various cooking tricks.